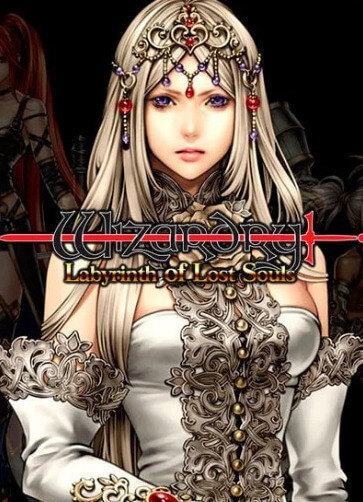 Wizardry: Labyrinth of Lost Souls is a video game developed by Acquire and published by Xseed Games for the PlayStation 3, PlayStation Vita and iOS. The game is a localized version of the Japanese game Wizardry: Torawareshi Tamashii no Meikyū (ウィザードリィ 囚われし魂の迷宮, Wizādoryi Torawareshi Tamashii no Meikyū) originally released in December 2009. Although originally developed for the Apple II and released in the U.S. in 1981, the Wizardry series has been kept alive in Japan by various developers. The dungeon-crawling role-playing game franchise hasn't been seen in the West since 2001's duo of Wizardry 8 for Microsoft Windows and Wizardry: Tale of the Forsaken Land for the PlayStation 2.

The game received "mixed" reviews on both platforms according to the review aggregation website Metacritic. IGN criticized the game for making players put in large amounts of work and not rewarding them enough. GameSpot criticized the game's old fashioned design and (erroneously) claimed it lacked an automap feature, but praised its challenging and addictive combat. GamePro said, "Ultimately, 'Lost Souls' will reward masochists and scare off anyone intimidated by the slightest bit of a learning curve. There's a great challenge in store, but it doesn't pull any punches or make any apologies. Know that going in and don't say you weren't warned."

Wik and the Fable of Souls
hit
upd
new