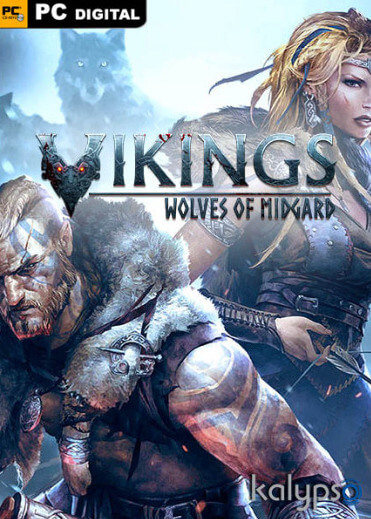 Vikings: Wolves of Midgard is an action role-playing game developed by Slovak studio Games Farm and published by Kalypso Media. It is set in a fantasy world inspired by the Norse mythology.

The gameplay is similar to that of Diablo in which the players create their own character, the players can choose their character appearance, gender and attributes. The game has several quests besides the main storyline and the game has an open world environment, they can explore snowy valleys, Viking cities, ice caverns, ancient tombs and several other places.

The gameplay progresses between linear, self contained levels navigated through a hub area, namely the village of the Ulfung tribe from which the player character hails. The player can choose to run 'hunt' missions on already completed maps where objectives are set to kill a certain number of a nominated enemy, or they can choose 'raid' missions in which the story is progressed. Story missions include basic puzzles, collectibles and usually finish with a boss encounter. Instead of gaining experience, player collects blood which can be offered to gods in their altars. Wood and iron are the two resources needed to progress through the game, because they are used to upgrade the village itself, giving you new tiers of skills and equipments.

The game features both single player and multiplayer for up to two players. Multiplayer support is via online local via local area network (LAN). Local co-op using same screen or split screen (also referred to as couch-co-op) is not supported , however this is a heavily requested feature, particularly for the console versions of the game. Developers have stated there are no plans for local couch-co-op at this time. As of 6/19/2017, two player local co-op has been added to the PlayStation 4 version of the game.

The game has won Slovak Game of the Year Awards in categories for the Best Game and the Best Visual Design.