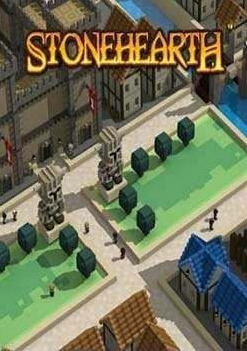 Stonehearth is a part construction and management simulation, part roguelike, city-building game developed by Radiant Entertainment. The game was released for Microsoft Windows and macOS on July 25, 2018. A tentative port to Linux was cancelled, along with several other promised features.

Stonehearth features a procedurally-generated world where players manage a colony of people called "Hearthlings". Players are tasked with caring for their hearthlings including, feeding, sheltering, and defending them from the dangers like orcs and skeletons.

Stonehearth was developed by Radiant Entertainment, a company founded by Tom and Tony Cannon, co-founders of the fighting game eSports event Evolution Championship Series. Described as a "passion project" by Tom Cannon, the brothers spent two years making a prototype before creating a Kickstarter campaign to fund the creation in 2013. Asking for $120,000 It ended with $751,920 with 22,844 backers. After the success of the Kickstarter, the development team was expanded with friends of the brothers after pitching the idea to them.

Tom Cannon credits Maxis' Sim games and Dwarf Fortress as inspiration for the city-building mechanics, while the class system was inspired by Final Fantasy Tactics and Tactics Ogre: Let Us Cling Together.

Development on the game ended in 2018 with several promised features left unimplemented.

Reviewing the early access build of the game, Brendan Caldwell from Rock, Paper, Shotgun criticized the pacing, saying that the “build, defend, grow” cycle of the game distracts from the creative side of the game. Caldwell also critiqued the limitations on what to make in the game beyond houses and garrisons. Paul Tamburro from Game Revolution raised the issue of repetitiveness in the game, also criticizing the pace by calling it lackadaisical.

Lena LeRey, writing at Indiegames.com, acknowledged that the early access release was buggy, but still full of promise. At PC Gamer, Christoper Livingston said that he found himself engrossed in the town building elements of the alpha build, but said that he would "probably wait for the beta before getting too invested".

Sir, You Are Being Hunted
hit
upd
new