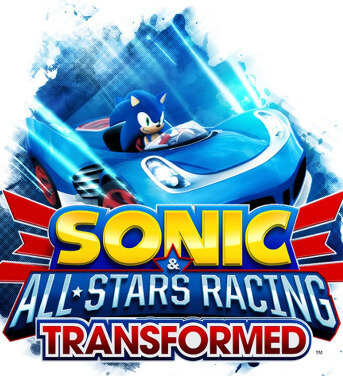 Sonic & All-Stars Racing Transformed is a kart racing video game developed by Sumo Digital and published by Sega. It was released for the PlayStation 3, Xbox 360, and Wii U in November 2012, for PlayStation Vita in December 2012, for Microsoft Windows in January 2013, for Nintendo 3DS in February 2013, and for iOS and Android in January 2014. The PS3 and Wii U versions of the game were released in Japan on May 15, 2014.

Sonic & All-Stars Racing Transformed is the sequel to Sonic & Sega All-Stars Racing, the fourth installment in the Sega Superstars series, and the eighth racing game in the Sonic the Hedgehog series. The game was a launch title for the Wii U in North America and Europe.

Sonic & All-Stars Racing Transformed is a mascot-based racing game in which players race against each other using over 20 characters from various Sega franchises, such as Sonic the Hedgehog, Jet Set Radio and Space Channel 5, although it features many new mechanics and improvements from the last game. The most obvious is that, at certain points in a race, vehicles can alternate between car, boat and plane modes. The car mode handles similarly to the previous game, in which players can earn boost by drifting around corners or performing tricks whilst in the air. Boat mode features true boating physics, requiring players to consider their vehicle's turbulence. They may also be affected by waves made in the water, some of which can be used to leap into the air and perform stunts. Plane mode, the fastest of the three forms, gives players the freedom to move both vertically and horizontally. Like the other modes, players can 'air-drift' around corners to earn boost and can also perform rolls to quickly adjust their position, earning boost for narrowly dodging obstacles. Players alternate between these modes by driving through blue transformation gates. Certain tracks in the game terraform as players proceed through them, offering different playstyles between each lap.

Several new varieties of weapons have been added, including explosive hot rod engines, freezing snowballs, blowfish, and swarms of wasps that appear at the front of the pack. All-Star Moves return from the previous title, though these are awarded slightly differently compared to the last game, and can now be used in online multiplayer. During races, players can collect star tokens, found scattered around the course or earned by attacking opponents, which can be spent in a slot machine between events to earn random bonuses, such as enhanced items or faster recovery from certain weapons.

The main campaign is the Career Mode which, along with returning features such as Grand Prix, Time Attack and Single Race, mainly revolves around the World Tour mode. This mode involves going through a branching series of events, ranging from standard races to various challenges, including earning time by drifting, maneuvering through traffic or fighting against large tanks. Completing these challenges on various difficulties earn stars which are used to open up new branches and unlock new characters and mods. Racing with each character in any mode earns XP which unlock modifications that alter the stats of each vehicle. The game features 16 new tracks inspired by games like Super Monkey Ball, Panzer Dragoon, Golden Axe, After Burner and Burning Rangers, as well as four returning locations from the first game and mirror versions of each track. The game also features online multiplayer in all versions and four player split-screen multiplayer for the console versions. Some of the career modes can also be played in split-screen multiplayer. The Wii U version also features unique minigames and features that utilize the Wii U GamePad and can support up to five players via split-screen.

The game has received positive reviews. It holds a Metacritic rating of 82 for the Xbox 360 and PlayStation 3 versions, 78 for the Wii U version, and 79 for the PC version. IGN gave the game a score of 8.6, calling it "a bright, handsome and thoroughly enjoyable ride." Destructoid gave the game 8/10, saying "Sega has cherry-picked the best elements of kart racers and applied it to the best arcade racing games to create a sleeper hit that’s great fan service and great fun." GameTrailers gave the game a score of 8.7. One of the highest reviews the game received was a 5/5 from the Daily Mail, who says it's "A game that stands head and shoulders above every carting game of recent years, and one – like the titles it pays tribute to – that will be remembered and cherished." Empire stated that "Sonic's second turn behind the wheel is a surprisingly complex offering, a kart racer that provides both an immediate surface appeal to newcomers and enough 'fair frustration' to maintain the interests of seasoned race gamers chasing that perfect result," giving the game 4/5 stars.

GameSpot writer Britton Peele gave positive reviews to the Xbox 360 and PlayStation 3 versions of the game, but gave a more mixed review to the Wii U version. While Peele described the title as "far from a poor man's Mario Kart", the Wii U version received a day-one patch that appeared to render the game's Boost Race levels unwinnable. Peele also said the Wii U version's online Battle mode levels were also broken, with characters spawning in mid-air and collectable items for one of the version's exclusive modes not appearing at all. Sumo Digital has since released a patch to address the respective issues.

Sonic & All-Stars Racing Transformed received a nomination for "Best Racing Game of 2012" from GameTrailers. As of March 2013, the game has sold 1.36 million copies worldwide.