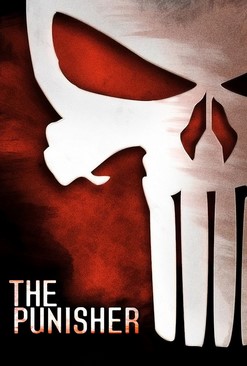 The Punisher is a third-person shooter video game developed by Volition and published by THQ. It was released in 2005 for the PlayStation 2, Xbox, and Microsoft Windows; a mobile phone game was also developed by Amplified Games and released in 2004. The game stars the Marvel Comics antihero, The Punisher. After his family was murdered by the Mafia, Frank Castle devoted his life to the punishment of criminals. Players take control of the titular ruthless vigilante to track down and kill criminals.

The game's story is a loose mixture of the 2004 film, as well as the Vol. 5 (2000) and Vol. 6 (2001) series of the comic books. Actor Thomas Jane reprises his role as Frank Castle/The Punisher. The game features many cameo appearances from Marvel Comics characters, such as Iron Man, Nick Fury, Black Widow, Matt Murdock (the alter ego of Daredevil), Bushwacker, Kingpin and Bullseye. Also present are several characters from the Welcome Back, Frank storyline such as detectives Martin Soap and Molly von Richthofen, the Punisher's neighbors Joan and Spacker Dave, Ma Gnucci, The Russian and General Kreigkopf.

Gameplay in The Punisher offers a combination of exploration, stealth, and combat. When encountering an enemy, the Punisher can attack, or perform a one-button "quick kill". Depending on the villain, the current location, and a player-determined level of aggression, one of numerous fatal assaults will be performed. The game's environments also feature interrogation "hot spots", where the Punisher can interrogate his enemies using death threats and torture, coercing them to share information that may help him in his quest.

The game begins with a cinematic of the Punisher (Thomas Jane) killing several footmen of the Yakuza. After he leaves the building, he is apprehended by law enforcement in front of an unknown building. He is then transferred to Ryker's Island and interrogated by police detectives Molly von Richthofen (Julie Nathanson) and Martin Soap (Michael Gough). The majority of the game occurs in flashbacks during this interrogation.

First, the Punisher raids a crack house and eventually kills its owner Damage (Steven Blum) by dropping him from several stories above the ground. After almost getting hit by a car upon his exit, the Punisher traces the vehicle to a chop shop. After slaughtering the criminals there, he learns that it is owned by the Gnucci crime family, led by Ma Gnucci (Saffron Henderson), because Carlo Duka (John Cygan), the shop’s owner, is a Gnucci lieutenant; the Punisher drops him in a car compactor where Duka is subsequently crushed. In a subsequent mission, the Punisher kills one of Ma Gnucci’s sons, Bobby, at Lucky's Bar.