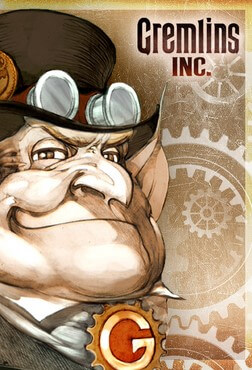 Gremlins, Inc. is a digital tabletop game, turn-based strategy set in the steampunk world of gremlins, released on Steam Early Access on October 22, 2015 for Windows/Mac OS/Linux. The game transitioned into full release on Steam on March 11, 2016. The game is designed by Alexey Bokulev, who previously designed another turn-based strategy video game Eador: Genesis, and is produced by Sergei Klimov.