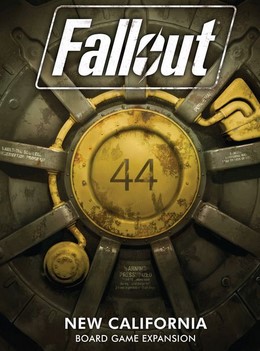 In April 2018, the project entered private beta for the second installment. The public beta for Fallout: New California was released as planned on October 23, 2018.

Project lead Brandan Lee of Radian-Helix Media, LLC was inspired by the games Fallout and Fallout 2 from Black Isle Studios. With the help of friends in the film, TV, radio, and live theater industries, Lee set out to create a modification of Fallout 3 for people who appreciated the style of the original Black Isle games. According to Lee, the mod was first conceptualized in 2010, but development didn't begin until 2012, with a prototype being released for Fallout 3, and the first full installment being released for New Vegas. Lee states that he headed a team of three people, with occasional community donations, who would spend four years creating the modification; eventually ending up with 5,000 lines of dialogue from twenty different actors and three hours of gameplay for the first installment alone. Lee named the mod "Project Brazil" partly due to inspiration by the Terry Gilliam film Brazil, and as a nod to Black Isle Entertainment through the Irish myth of the mythological island of Brasil.

90% of Project Brazil's assets for BETA 1.0.0 were created between January 2012 and May 2013, when the story was refined after a year-long break away from the project. Lee created a worldspace the size of that found in Bethesda's Fallout 3, and wrote the dialog in tandem with level and character design. Freddie Farnsworth joined in January 2013 as lead project technician; applying a global NavMesh, and re-rendering the level of detail mesh on a computer custom built for the task. In 2017, the project was renamed to Project New California.

While in development, the final installment promised to expand upon the mod with new quests and factions. There are over 16,000 lines of dialogue in BETA 200.

The first installment is set in Vault 18 near the San Bernardino mountains at the San Bernardino Cajon Pass, after the events of Fallout 2. The player can choose to be either a Warrior or a Scientist. It is revealed that one of the prominent members of the vault is part of the Enclave, after which the vault erupts into civil war. With the player being able to side with the Enclave or defend Vault 18. The first installment has around 3 hours of gameplay time, and 7 hours including all of the branching content.

In the beginning, the player is selected as a replacement for the "Patriots" team, on the night of the final game of "Vault Ball" for the cup. During the match, the player can select to Tackle (Path of the Warrior) or Dodge (Path of the Scientist). Depending on the choice, the player can find himself in Coach Bragg's Office (Tackle), being praised for winning the game and offered a job in the Vault Security, or in the Vault Infirmary (Dodge), waking up from being injured and losing the game, with his/her leg broken.

After interacting with the residents, the player goes to sleep in the lower levels. Meanwhile,members of "The Patriots" team, radicalized by John Bragg, revealed to be a member of the Enclave alongside his sister, Chevy, the new Vault Security chief, begin an attack, causing an explosion and collapsing parts of the lower levels.