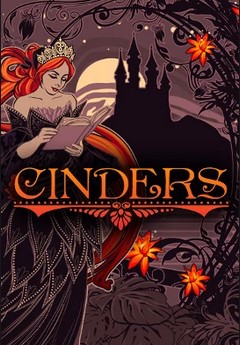 As it is a visual novel, the player reads through the story and makes choices at crucial points to change the outcome, leading to one out of four different endings. The player has the ability to watch the endings including the variations again. There are eight trophies the player can collect during the game.

The game was created with the GameMaker engine. The development time took about one year. Cinders was originally released on June 20, 2012. On May 1, 2014, the game was released on Steam.