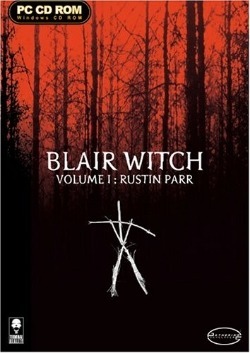 The story takes place in the year 1941, and with the exception of the opening section in the Spookhouse HQ, the game takes place over four days. Following her training, research scientist Elspeth "Doc" Holliday is dispatched to the town of Burkittsville by the Spookhouse, a fictional classified government agency charged with investigating paranormal occurrences. When given the assignment to look into the legend of the Blair Witch, she is partnered with the Stranger, but decides to go on her own as the Stranger is skeptical of the witches existence. It is reported that during the early 1940s, a hermit named Rustin Parr abducted seven children from Burkittsville and, apparently without motive, murdered all but one in his basement. The player must guide Holliday through her investigations, to see if there is any truth to Parr's claims that he was under the influence of otherworldly forces when he committed the murders.

All games from the serie "Blair Witch"