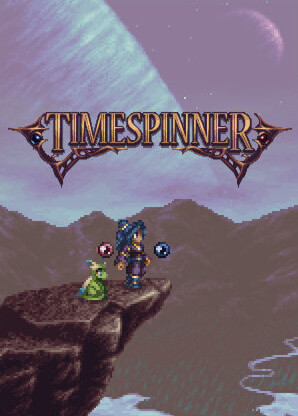 Timespinner is a video game developed by American studio Lunar Ray Games and published by Chucklefish. It was funded through the crowdfunding platform Kickstarter in June 2014. Initially scheduled for release in November 2015, growth in the project's scope necessitated a later release date of September 2018.

Timespinner is an action-platformer wherein players control Lunais, a Time Messenger. The gameplay is similar to Konami's Castlevania: Symphony of the Night . Luna is able to explore the castle and the surrounding grounds, while finding upgrades that help her do that effectively. That includes a double jump for out of reach platforms, and water mask for being able to breathe underwater. The players can use a familiar which will follow Lunais around and help during the battles. While there is a backdash included, pausing time is another, core ability of the game. It is powered by sand that can be found by searching around, and can be turned on and off at will.