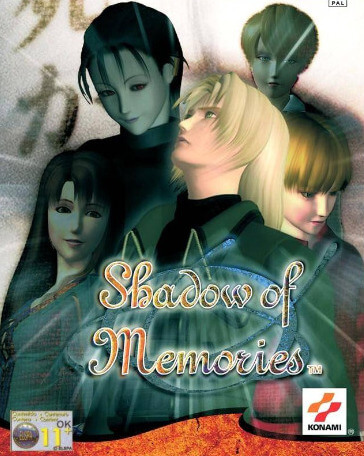 Shadow of Memories (シャドウ・オブ・メモリーズ Shadou obu Memorīzu) (Shadow of Destiny in North America) is an adventure game developed by Konami Computer Entertainment Tokyo and published by Konami. Originally released for the PlayStation 2 in 2001, it was later ported to Xbox (which is only released in Europe) and Microsoft Windows in 2002. A PlayStation Portable version was released on October 1, 2009 in Japan and on January 26, 2010 in North America.

The objective of Shadow of Memories is to guide player character Eike Kusch through the fictional German town of Lebensbaum (Life's Tree) as he travels through time to prevent and unmask his murderer. The game takes place in three parts: a prologue, eight chapters, and an epilogue. In the prologue and each chapter, Eike dies, is resurrected by the non-player character Homunculus, and travels back in time before his death with the intent of changing events to prevent it. Shadow of Memories lacks traditional action elements, and Eike cannot attack nor does he have a bar displaying his health. The digipad, a time-traveling item given to Eike by Homunculus, requires energy units, which the player can find scattered around the town. The gameplay primarily consists of time-traveling through the different eras, finding items, and interacting through dialogue with the non-player characters. Actions taken in one time period affect future ones; for example, if Eike removes a seal from the squire's manor in 1580, the seal will not appear in the present era.

Additionally, the game keeps two digital clocks: one depicting the time in the present-day era and another for whichever era Eike time-travels to. The amount of time Eike spends in the different eras also passes in the present-day one. The cut-scenes and dialogue takes up varying amounts of in-game time. When the clock arrives at the time of Eike's death, the chapter restarts, however, if Eike is not in his time period at the time of his death, the game ends.

Set in a fictional German town named Lebensbaum (Life's Tree), Shadow of Memories revolves around a 22-year-old man named Eike Kusch, who dies in the beginning of the game from being stabbed after leaving a small diner. However, he is resurrected by Homunculus (voiced by Charles Martinet in English), a djinn or genie, who offers to send him back in time to prevent his death and gives him the time-traveling digipad. Eike explores four eras—2001, 1979/1980, 1902 and 1580 to 1584 — as he attempts to unmask his killer and figure out a way of stopping his own murder at various points in the present. Along the way he encounters several characters: Dana, a modern-day waitress whom he accidentally brings back to the year 1580 and loses; the present-day fortune teller, who tells Eike the hour of his death; Eckart Brum, the curator of a private art museum who lost his wife and infant daughter in a shooting; Dr. Wolfgang Wagner, an alchemist living in 1580 with his wife, Helena, and their two children, Hugo and Margarete; and Alfred Brum, the great-grandfather of Eckart.

Given a red stone by Dana, Eike follows the Homunculus' instructions to give the stone to Wagner. Time-traveling ten days later, Eike discovers that the result of Wagner's experiment destroyed the lab and caused Hugo, already upset by his mother's death due to a lingering illness, to build a time machine and track Eike down with the intent of killing him. Depending on the player's actions, Hugo holds either Margarete or Dana hostage in the present and plans to use the red stone, revealed to be the Philosopher's Stone, to resurrect his mother.

Shadow of Memories consists of eight endings, with six available at first. The last two must be unlocked by achieving the first six. The endings are presented in an alphabetical format, A–E, with B having two variations, and then two "EX" endings. In all endings, he discovers that Homunculus was using him to ensure that he would be "created" (actually unsealed) by Wagner, and returns the digipad to him.

Ending A: Eike discovers that Homunculus switched the infants Dana and Margarete after meeting him in the towns park in 1980, making modern-day Dana actually Margarete Wagner and medieval-Margarete actually Dana. Furthermore, after visiting the fortuneteller in the modern day, it is revealed that she is the trapped disembodied spirit of Hugo's mother, Helena Wagner, brought back after a failed attempt by Hugo to resurrect her using unmastered alchemy. Homunculus creates a puppet resembling Wolfgang Wagner to attempt to dissuade Hugo from his plans, and after a short discussion, the puppet and Hugo disappear in a haze of smoke. Homunculus slyly reveals they could not call up the spirit of the real Dr. Wagner-as Eike had requested-because he was in fact not dead yet but Homunculus does not disclose Dr. Wagner's whereabouts. While returning the digipad to Homunculus, Eike accidentally drops the device, which explodes, killing Homunculus with a single piece of shrapnel striking his cheek(Homunculus had stated on multiple occasions that their body was extremely fragile). Sometime later, it is mentioned that Margarete is now reunited with her biological parents, the Brums, who adopted her, though it appears that none of them are aware of their true relation to each other. Depending on the outcome of a certain time-travelling sub-quest, Eckart's wife and Margarete's mother, Miriam Brum, may or may not be alive as well (she was implied to have been killed by a seemingly stray bullet while taking a walk with her baby, in the original time-line). While on a date together in the townsquare, Eike and Margarete (who are implied to now be in a relationship) return to the spot where Homunculus died, only to discover a large full-grown tree which contains the Philosopher's Stone already embedded in its trunk.