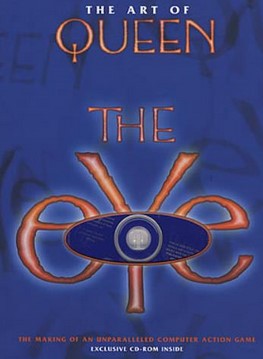 Queen: The eYe is an action-adventure electronic video game that was released in 1998 by Electronic Arts, and featured music by the rock group Queen which was remixed exclusively for The eYe by Joshua J. Macrae at Roger Taylor's studio in Surrey. The game is set in the future where the world is ruled by an all-seeing machine called "The eYe" which has eradicated everything that promotes creative expression. The player takes the role of Dubroc, a secret agent of The eYe who in the course of his duties has re-discovered a database of popular rock music, and is sentenced to death in "The Arena", a live television show broadcast through satellites to the world in which the contestant battles fighting arena champions called the Watchers. From there Dubroc goes on a quest to destroy The eYe. Many elements of the story were adapted into the Queen musical We Will Rock You.

Queen: The eYe came on five CDs, each of which includes several of the Queen tracks in the Red Book Audio format used by audio CD players, though some songs can only be heard by playing the game. The game suffered poor sales due to weak gameplay, very little promotion and graphics that already seemed dated at release due to the game's unusually long development time.

The game uses pre-rendered backgrounds and polygonal characters which were animated using motion capture. Visual concepts and artwork associated with Queen, such as their album covers, were incorporated into the environments.