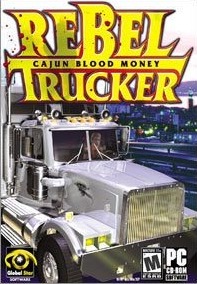 The game follows the tale of an unemployed man named Keri Thibiodeaux who needs a job, and becomes a truck driver. The man then gets a job with the mafia and the aim of the game is to complete particular missions for this rebel truck company around New Orleans and the surrounding areas.

Training and certification levels where the player learns how to drive

A variety of story-based missions to play

An assortment of rigs to drive including flatbeds, car carriers, sleepers and tankers

Over 100 miles of real city roads and highways, with some noticeable landmarks around New Orleans

Upon its release, Rebel Trucker received quite a negative reception from a lot of reviewers, down to its stability issues and 'fun factor'