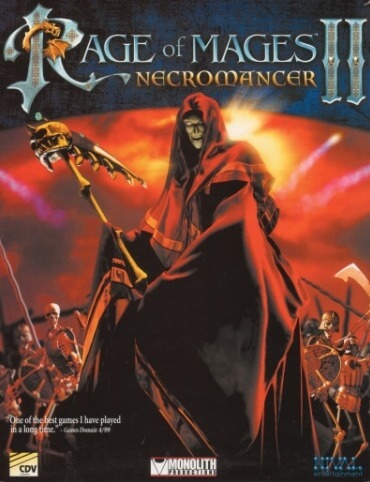 Rage of Mages II: Necromancer is a role-playing game for Microsoft Windows that was developed by the Russian developer Nival Interactive and released in 1999, and is known as Allods 2: Master of Souls in Russia. It contains 43 missions and a multiplayer mode that allows play with up to 16 players.

The game is part of the Allods series of video games that also includes Rage of Mages, Evil Islands: Curse of the Lost Soul, and Allods Online.