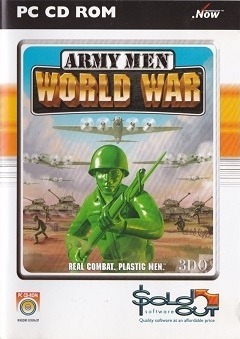 Army Men: World War (Army Men: Operation Meltdown in Europe) is a third-person shooter (real-time tactics in the Microsoft Windows version) video game developed and published by The 3DO Company for PlayStation and Microsoft Windows.