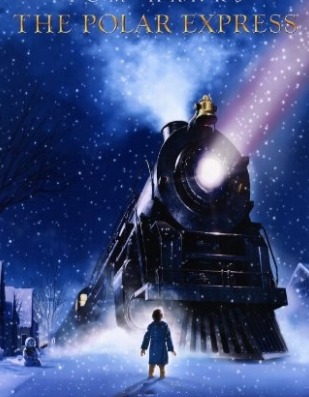 The Polar Express is an action-adventure platform game developed by Blue Tongue Entertainment and published by THQ. Based on the film of the same name, the game follows the same plot.

The game follows most of the main plot of the film. One major difference is that the Ebenezer Scrooge Puppet, who only makes a minor appearance in the film, plays a much bigger role as the main antagonist who attempts to prevent the children from believing in Santa Claus by stealing their tickets, and trying to get them thrown off the train to keep the children from getting to the North Pole. The game is broken down into six chapters, giving the player the opportunity to explore areas like the train, the North Pole, and more. The player controls a young boy in each of the 6 chapters. The game also contains puzzle-solving as well as some minigame-styled elements.

THQ unveiled the game at the E3 convention in 2004. The PlayStation 2 version contains EyeToy support. A portable version of the game was also in development for the Game Boy Advance, by developer Tantalus.

The PC version received "mixed" reviews, while the rest of the console versions received "unfavorable" reviews according to video game review aggregator Metacritic.