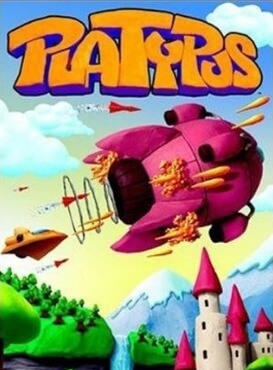 Platypus is a horizontal scrolling shooter game created by Anthony Flack. The player flies an antiquated spacecraft (the last of the fictional F-27 Platypus fleet) and attempts to defend the peaceful country of Mungola from neighboring Colossatropolis, which has become so overcrowded that its inhabitants are taking over Mungola for space and resources. The game consists of four levels, with five areas per level and a strong boss enemy that must be defeated at the end of the fifth area. The player can collect power-ups that affect the type and firing rate of the ship's weapons, equip auxiliary cannons, or activate defensive shields.

Points are scored for destroying enemies and collecting bonus items. In addition, at the end of each area, the player receives bonus points depending on the percentage of primary targets and enemy craft destroyed.

All the artwork for the game was created using a process called Claymation. Flack has stated that due to limited availability of Plasticine in his home country of New Zealand at the time the game was created, he re-used the same lump of grey clay to create all the models, photographed them with a digital camera, and coloured the images in Adobe Photoshop.

Platypus was first released on CD in May 2002. It was modified and distributed online by Retro64 from January 2004 and included an easy mode and mouse support. A third build of the game (which can be distinguished as the score of Player 2 as yellow numbers and not red) included various bug fixes and was used for multiple localizations, including Chinese and Japanese versions.

On November 14, 2006, Platypus saw a release for Sony's PlayStation Portable console. On March 26, 2009 it became available for download on the PlayStation Network. The game functions the same as its full PC downloadable version, but with minor changes for the PSP version, like the new screen size.

On November 24, 2009, Platypus was released on Xbox Live Indie Games.

In February 2007, Idigicon released Platypus II, developed by Citric Games without the involvement of the original developer.

On August 15, 2014, Platypus and Platypus II were both released on Steam.

The music in both Platypus and Platypus 2 on all platforms except iPhone consists of various remixes of Commodore 64 game tunes by various Commodore 64 composers, and performed by various remixers of Commodore 64 music. They originally appeared on CDs from the C64Audio.com label, and were licensed to Idigicon Ltd. by High Technology Publishing Ltd. The current publishers for all composers whose music appeared in the game except Jonathan Dunn who is represented by Bucks Music Publishing Ltd. and who at the time was unpublished. Where possible, full credits appeared in the distributions, albeit in text file form.