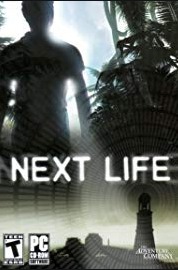 Next Life is an adventure game developed by Czech company Future Games and published by The Adventure Company designed for Microsoft Windows-based computers. The game engine is OGRE.

The main character Adam Reichl possibly dies in a car accident and wakes up on unknown island in the middle of nowhere. He starts to explore and tries to find out where he is, only to find that there are other people in the island seemingly from different time periods.

Next Life received mixed to negative reviews from critics. On Metacritic, the game received a score of 56/100 based on 13 reviews, indicating "mixed or average reviews".

(0) Comments on "Next Life Full Version"