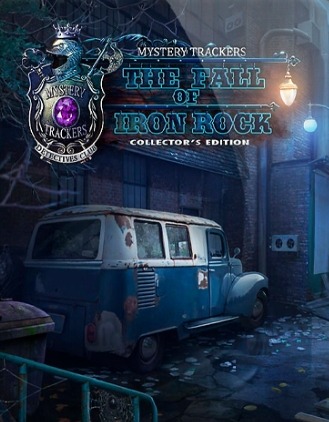 Mystery Trackers is a casual game series developed by Elephant Games and distributed by Big Fish Games. The Mystery Trackers series are ‘Hidden Object’ puzzles (HOP) where, in order to progress through a game, the player must find a certain number of items hidden somewhere on a painted scene.

The sixteenth game of series. The Collector's Edition was released in April 2019. After five years, the Mystery Trackers finally have an idea of where your lost colleague could be! But Iron Rock isn't the town you expected when you arrive to find it patrolled by the new Mayor's robots, leaving little hope for the remaining residents to escape! Can you use your top-notch detective skills to find out what's really going on and escape with the residents in time?!