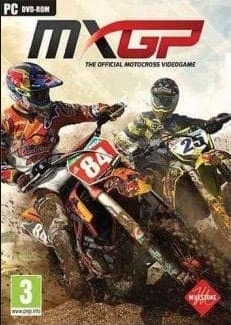 MXGP The Official Motocross Videogame is a racing video game developed and published by Milestone. The game was released worldwide on 18 November 2014 for Microsoft Windows, PlayStation 3, PlayStation 4, PlayStation Vita and Xbox 360.

The game is based on the 2014 FIM Motocross World Championship and includes 18 tracks (including Arco, Trentino, Sevlievo and Loket) and features deformable terrain.

The third installment in the series, titled MXGP 3, was released on May 12, 2017 for Microsoft Windows, PlayStation 4, and Xbox One. It was released in November 2017 for Nintendo Switch.