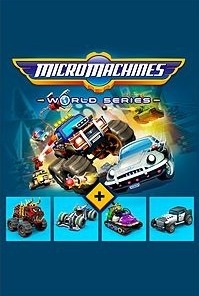 Micro Machines World Series received "mixed or average" reviews, according to review aggregator Metacritic, partially due to its lack of career mode and spotty online multiplayer.

Hardcore Gamer awarded it a positive score of 4 out of 5, saying "Micro Machines World Series is a great buy for anyone who enjoyed prior entries in the series or simply wants a great racing game that the whole family can enjoy." PlayStation LifeStyle awarded it a more negative score of 4.5 out of 10, saying "This could get fixed into a solid game, but players should be cautious until an overhaul occurs. Hobby Consoles said that the "12 player online mode is not enough to compensate the absence of a career mode, the technical failures and some online design problems (such as the lobby system and menus)."

It debuted at number 2 on the UK all format video games sales charts.