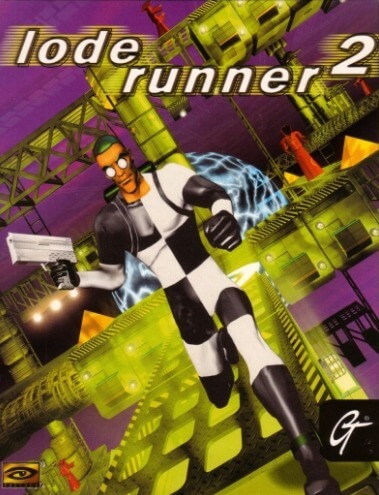 
Lode Runner 2 is a computer game released in 1998 for Mac OS and Windows. It is a sequel to Lode Runner and its remakes. Like the earlier Lode Runner's Rescue, Lode Runner 2 has isometric-perspective 2D graphics. It was developed by Presage Software and distributed by GT Interactive for the PC and MacSoft for the Mac version.

Players can play as a male or female Lode Runer, named Jake Peril and Jane according to the manual, but the player's default name is Digmo (which is changeable). The goal is to collect gold to advance to the next level, avoiding the Mad Monks along the way. However, instead of the usual sidescroller, players are able to move in six different directions on a freeform map (accounting for falling and going up and down ladders). There are separate levels designed for cooperation, as well as Deathmatch in multiplayer mode.

Macworld's Michael Gowan wrote that Lode Runner 2 "lacks the original game's most attractive feature: simplicity. The 3-D perspective requires that you move diagonally rather than left and right, which can be confounding."

All games from the serie "Lode Runner"