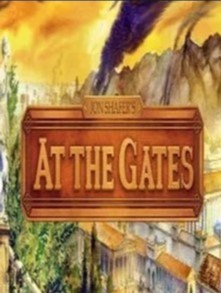 At the Gates is a 4X strategy video game by Jon Shafer, the lead designer of Civilization V. Like Civilization V, the game is played on a hex map. Players control a barbarian tribe, and their aim is to accelerate the fall of the Western Roman Empire. The map changes with the seasons, and resources are gradually depleted, forcing the players to migrate their tribe.

Shafer's team at Conifer Games comprises only three members, all unpaid, with only Shafer being full time on the project. The game was part-funded through a Kickstarter crowdfunding campaign, raising $106,283 towards its development in March 2013. Originally scheduled for release in June 2014, the game was still unfinished even as Shafer began working for Paradox Interactive full-time in May 2017, with development continuing in Shafer's spare time.

After seven years of development, At the Gates was released on January 23, 2019.

At the Gates System Requirements

(0) Comments on "At the Gates Full Version"