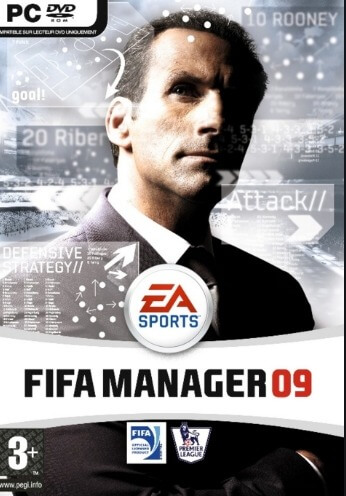 
FIFA Manager 09 is the 2009 successor to the FIFA Manager series from EA's sports brand, EA Sports. It is a follow up on FIFA Manager 08. FIFA Manager 09 was developed by Bright Future and published by EA Sports. On 29 October 2008, the first database update was released, including the first division of Cyprus and the necessary adjustments. The game gives players the chance to control a wide range of features from discussing tactics with individual players to creating monster stadiums to house fans.

FIFA Manager 09 received mixed reviews from Metacritic, with an average of 69%. Scores ranged from a dire 30% (Total PC Gaming) up to a more than respectable 85% (GameStar). Most reviews commented on the level of depth and realism involved in the game, while noting that it might well be too much for some. Play.tm called it "more a lifestyle than a game", observing that "a season, if played thoroughly, will take as long as most full games these days". IT Reviews commented that, "it may still feel like you're awash with a tsunami of statistics but FIFA manager 09 has injected a number of new features to appeal to micromanagement fans".