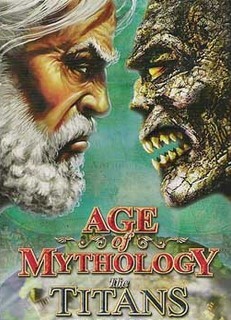 Download Age of Mythology: The Titans Free for PC Torrent

Age of Mythology: The Titans is an expansion pack to the real-time strategy video game of Age of Mythology. It was developed by Ensemble Studios and released on September 30, 2003.

The Titans adds a fourth culture to the game, the Atlanteans, and three new major gods, plus new units, buildings and god powers. It also includes many new features, such as auto-queueing (allows indefinite training of units as long as you have sufficient resources), and the ability to summon a Titan, a gargantuan, godlike being that forms the game's focal point. Critics gave Titans an average rating of 84% according to GameRankings.

The largest new addition to Titans is a new civilization, the Atlanteans. The Atlanteans have no specific hero units, but can convert most human units into a hero. Citizens have no drop off point for resources, and town centers can be built at any time during the game. Atlantean Citizens are much more effective in work than their Greek, Norse or Egyptian counterparts and do not require drop-off points for resources; instead, harvested resources are automatically added to stockpiles. They are also slower to train, and much more expensive. Atlanteans gain favor through possessing town centers. The more they control, the faster the rate of favor generation.

A new unit, the Oracle, is introduced on the side of the Atlanteans. With a line of sight that expands when he stands still and a researchable ability to pick up relics, he can be very effective in the early game, but he only has an attack if upgraded to hero.

Most Atlantean human units can be transformed into heroes (including Citizens), which become a little bit better at everything they do. Myth Units, Naval Units, Siege Units, Titans, and Soban are the exceptions. As well as being strong against Myth Units, Atlantean heroes retain their own strengths and weaknesses, so, for example, Murmillo heroes are still weak against archers and strong against cavalry.

Titan worshippers have special powers, such as Kronos' ability to move buildings from one location on the map to another, or Oranos' Sky Passages, which allow instant unit transportation across the map. This can significantly affect the gameplay of older maps designed for Age of Mythology pre-expansion, as areas of maps that were inaccessible become accessible. The Earth entity Gaia has the ability to grow lush from buildings, preventing enemy players constructing buildings nearby as well as providing a small healing effect to buildings. Other, lesser god powers are available to the Atlanteans at any time during the game. Unlike the other civilizations, the Atlanteans can use certain god powers multiple times. Some, like Gaia's Forest, cause new forest to generate, which provides a far more effective wall that only villagers (or forest fires or colossi) can break through. These too may alter gameplay on older maps.

Worshipping the Titans (Kronos, Oranos or Gaia) entitles the player to summon one of several new myth units: the Behemoth, essentially a living regenerating siege unit, the Automaton, a robot that repairs other Automatons during breaks in the fighting, and the Argus, an indescribable creature with eyes covering its whole body, floating in the air that kills units with acid. Naval myth units include the Servant, which heals naval and coastal units and has a moderate attack, also the Man O' War, a lightning-shooting Jellyfish that causes damage to multiple units.

The Servant affects game-play by adding the option of loading up a coastal region with Servants who are not easily attacked by ground troops - thus fighting there is a serious advantage to the player with Servants. Like the Fenris Wolf that grows in attack effectiveness with numbers, the Automaton grows also in effectiveness because a large army of them can self-repair in time to be at full fighting strength before the next skirmish. These features make the Servant and Automaton particularly effective defensive units.

Another flying healer, the Caladria, and flying attack unit, the Stymphalian bird, round out the aerial myth units while the Man O'War and Nereid are available for naval combat. The Satyr throws spears, the Lampades unleashes the chaos power on units at range, and the Heka Gigantes generates shockwaves. Prometheans split into smaller Prometheans when killed. Planting a Hesperides tree allows players to summon Dryads, and another reusable god power puts carnivorous plants in the way of enemies.

Overall, the game favors the more offensive player in the late game and the more defensive player early (who builds up to summon the Titan or earn these powers). The Titan (also a myth unit) is the strongest useable unit in the game. Titans can only be summoned by researching "The Secrets of the Titans" in the mythic age. After researching the secrets, you'll be able to summon a Titan Gate anywhere within your line of sight. Once it is placed, you must task villagers on releasing the Titan (and must protect the gate from enemy attacks until the Titan is released). The game has been criticized for having too much emphasis on the Titan, the construction of a Titan gate being now an all-or-nothing gambit to win the game - if the gate is destroyed, no new one can be built.

Titans introduces six new maps types, and seven new AI personalities. For the original civilizations, several upgrades and changes were added. The upgrade Beast Slayer causes the Greek gods' unique units to do bonus damage against Myth units. Hands of the Pharaoh lets Egyptian priests pick up Relics; a power formerly reserved for the Pharaoh unit only. Range of attack is also increased by two for Egyptian priests. The Norse gain the Axe of Muspell upgrade, which gives Throwing Axemen bonus damage against flying units.

In terms of bonuses for every civilization, the upgrade Heroic Fleet gives ships bonus damage against myth units. The non-Atlanteans can build town centers in the Classical Age in Titans, as opposed to Heroic in the original. Finally, the Titan unit is introduced to the game. Titans are huge units possessing large amounts of hitpoints and armor while having high attack.

(2) Comments on "Age of Mythology: The Titans Full Version"