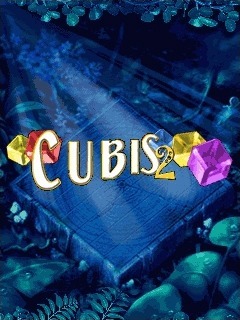 
Cubis 2 is a puzzle video game that was released in 2004 by FreshGames. In Cubis 2, the player shoots different colored cubes into cubes that are already placed on the isometric game table. Once three of the same color are matched in a row or are stacked, the cubes disappear and the player earns points. Once the board is clear or enough points are earned, the player advances to the next board which features a new animated backdrop.

There are several different platforms and iterations of Cubis 2 available. In 2005 FreshGames entered into an agreement with Wagerlogic to design a 3D slot mechanic of Cubis 2. Powered by Wagerlogic technology, Cubis Slots is a unique, patented 3D version of a slot game with 15 pay lines. This version can be found on various online casino sites outside of the United States such as InterCasino.

The traditional version of Cubis 2 is also available on the top skills-based gaming site GSN.com.

In September 2006 Apple Inc. announced that Cubis 2 would be one of the first games to release for the Apple iPod. On August 29, 2007, FreshGames released the Cubis Level Packs which added 100 new levels to Cubis Gold 2.