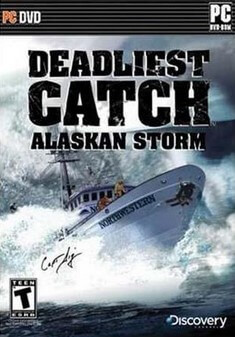 Deadliest Catch: Alaskan Storm is a simulation computer game for the Xbox 360 and Microsoft Windows developed by American company Liquid Dragon Studios and published by Greenwave Games. The game was created by Northwestern Games.

Alaskan Storm is a game based on the television show Deadliest Catch. The game takes place in the Bering Sea. The player plan must manage navigation, maintenance of their boat, the hiring of crew members and control their fishing.

Deadliest Catch: Alaskan Storm has received mixed reviews, including a passable 6.4 rating from IGN, a poor 4.0 score from GameSpot, and a 56 out of 100 score on Metacritic.